This recipe was 100% inspired and guest blogged, as below, by Nicole – an incredible human being + runner – who also happens to be vegan but found her iron in the toilet and decided adding some iron-rich bison into her life might be a good idea. She also has a culinary wizard of a husband – and a background in crunchwrap creation as a Taco Bell chef in high school – so when this all combines, magic happens. So here goes…. take it away Nicole! <<of note, besides the bison – Nicole’s version is vegan. The photos here are of the version we made, which included white cheddar cheese. Morale: make any changes you want based on what you have on hand at your house! So. Many. Options.>>

There really aren’t many times you want to hear your doctor say something is “in the toilet.” So, when that descriptive language was used to describe my ferritin, I wanted to cry, especially considering I am an endurance athlete that hadn’t felt like herself in weeks. Clearly, that was why.

So, when I reached out (read: cried) to Meghann, we took immediate action, in the form of a nutrition plan we affectionately dubbed “iron bootcamp.” I happily supplemented, ate all of the iron-rich foods my body could handle, and physically felt my iron come back up. It truly is amazing how one mineral can make or break you, but your body is one big yogi that truly just wants to achieve its own perfect “Zen.”

One of my favorite foods from my youth was a Crunchwrap Supreme from Taco Bell, but as an almost thirty year old endurance athlete with ulcerative colitis, you can only imagine the havoc that a “fourth meal” might have on my body. So, with a little help of Meghann and my local health foods store, I have created an iron rich version that will make your mouth water, perhaps even more than the original version. It is also worth noting that I typically eat a plant-based diet – so this can be completely vegan!

First, you cook the bison like you would any typical taco meat. I googled a “how to,” and if “she who burns all things” (aka me) can cook it, you absolutely can too. I think it also goes without saying that if you do use bison in this recipe, it will no longer be vegan or as iron heavy – but it is just as good without.

Simultaneously, warm up the black beans as well as the queso dip. Don’t scald them. Ain’t nobody got time for a charred black bean. Also, make sure you stir the queso while it is warming. You may think this is obvious, but non-natural chefs like me need this reminder.

Next, get out your ingredients. It is go time.

Open the large tortillas, placing a helping of the black beans, bison meat, and queso dip on the bottom. Cover this gooey goodness with a tostada shell, and add the toppings (sour cream, a hefty helping of spinach/kale, and corn salsa/tomatoes) to your desire. The world is your oyster – or, at least, this burrito shell is.

The hardest part about this dish, honestly, is folding it. If you did not work at taco bell when you were 16 like I did, look up a YouTube video of people folding crunchwraps, and mimic their efforts. I was actually shocked as the amount of videos people have made of this phenomenon. I was even more shocked at the amount of views they had. People love their crunchwraps.

Lastly, either enjoy it the way it is, or you can do a quick pan/panini press browning job of the burrito shell to give it the crisp you never knew you needed. 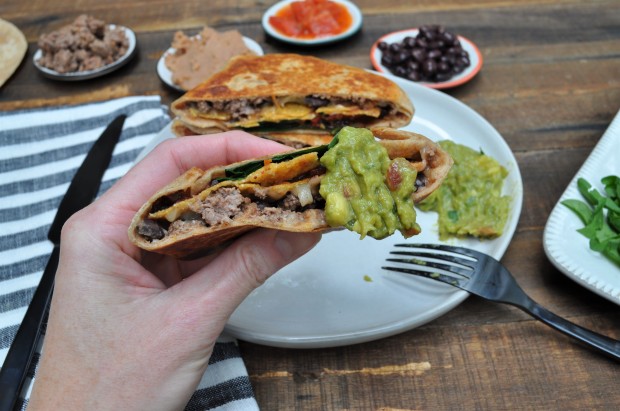 So, in conclusion, I hope you love this recipe. I have the palate of a five year old, and if I love this, you probably will too. Vegan cheese doesn’t taste quite like the gooey queso T-Bell adds to their many concoctions, but out of all of the brands of cheese I have found, Siete seems to make some of the best product around. And, it is packed with veggies and nutritional yeast, so it ain’t half bad for you.

In another conclusion (I am rambling but I promise this might help you) – I highly recommend getting bloodwork if something feels off, and even if it doesn’t. I had felt off for weeks before finally getting my iron/ferritin tested, and now that I am back on the upswing and making it RAIN iron in my body, I have felt so much better. I think it’s important to know what you might be lacking, or what you are doing right. Plus, then Meghann can help you reach your diet goals or help you maintain healthy levels through your nutrition, and that’s a win-win situation! 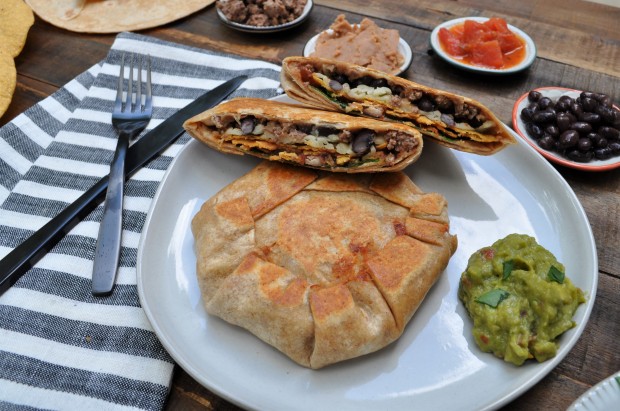 (but repeat as necessary)

1/2 tostada (or a couple tortilla chips)

Athletes: This is a solid way to get in all the nutrients you need in one sitting. A healthy dose of carbohydrates + protein + dip in some guacamole for healthy fats.

Healthy Eating: Eating well doesn’t have to be boring. Bring the fun to dinner with these guys!

Kids: Let the kids help build their own with the fillings they like. Encourage them to add a small amount of a new ingredient. Allowing them to help ups the likelihood of them trying and enjoying new foods. 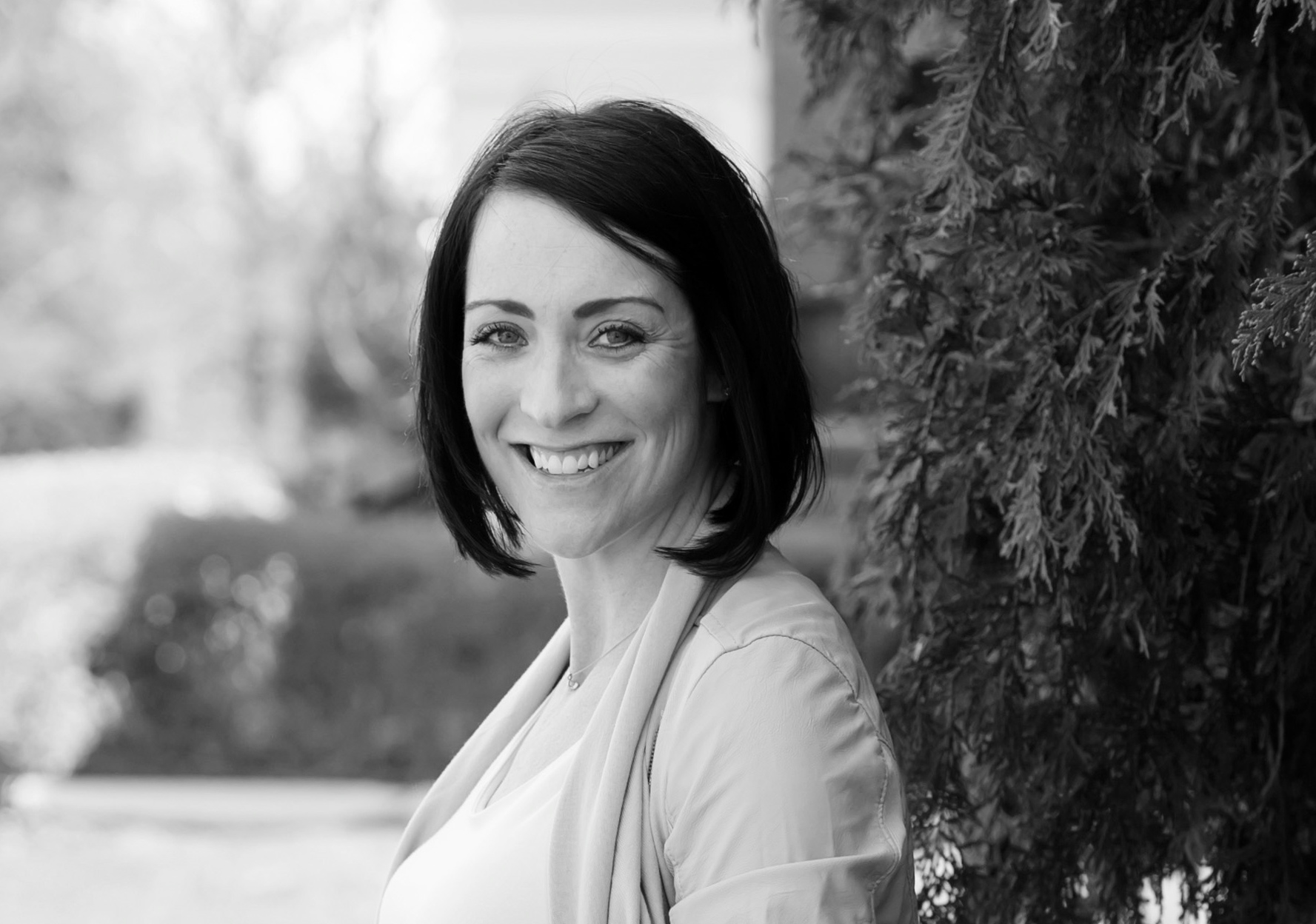 Contrary to what it may appear, I do know how to spell my last name- Featherstun. However, -stun doesn’t lend itself to anything clever. Well, #1 Stunna comes to mind but since I’m far from a 90s rap icon, I arrived at Featherstone Nutrition.

Free as a Feather. Strong and Supportive as a Stone.

That’s my nutrition wish for you. Freedom to choose the foods that best nourish you. Feeling strong and supported by the nutrition you consume each day. No fads. No gimmicks. No one size fits all. Just good, solid, Featherstone nutrition.